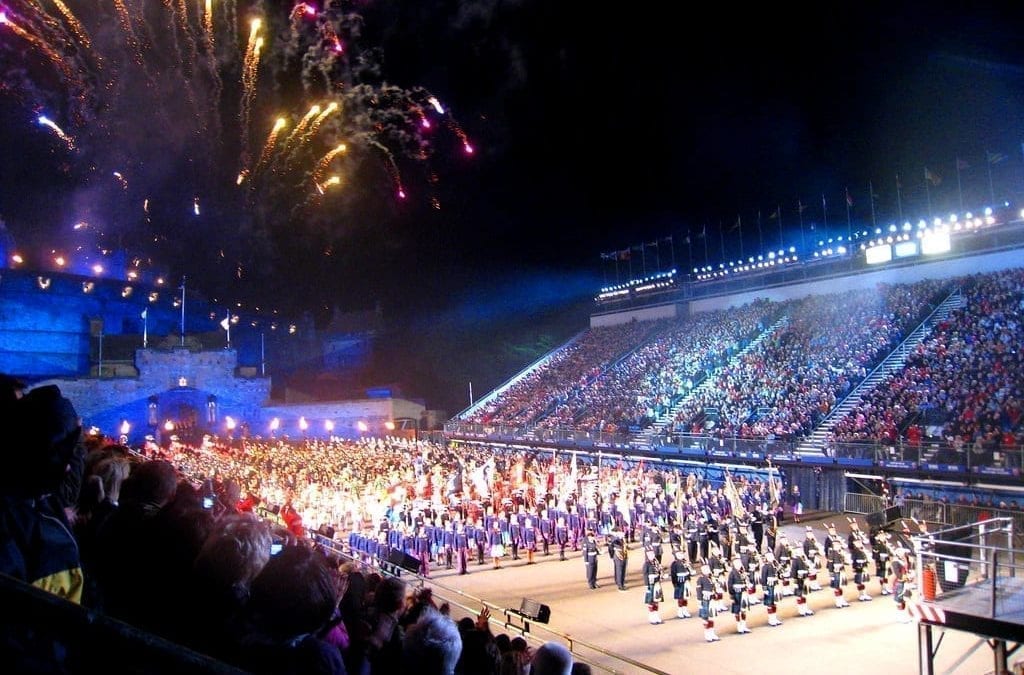 The Royal Edinburgh Military Tattoo began almost 7 decades ago in 19050 and was inspired by a show performed in 1949 at the Ross Bandstand in Princes Street Gardens. The first producer of the Tattoo was Lieutenant Colonel George Malcolm who aimed to bring the Army’s contribution to the Edinburgh International Festival to life.

This year, ‘Kaleidoscope’ will aim to capture the imagination of the audience with music, light, and colour. The 2019 Tattoo is inspired by the optical invention created by Scottish physicist Sir David Brewster in 1816. The Tattoo is an experience for the senses celebrating magnificent symmetries through precision-led performances. The British Army will be at the front of the display with military and cultural acts from across the world. Joined by the fantastic Massed Pipes and Drums, Tattoo Dance Company Pipers Trail and Hjaltibonhoga performing throughout the spectacle.

The Royal Edinburgh Military Tattoo is bigger, better and even more technically thrilling than ever before and cannot be missed! We highly recommend booking tickets early to avoid disappointment. Tickets can be purchased directly on the official Royal Military Tattoo website here.

Angels Share Hotel offers a great range of bedrooms with the perfect location for the Royal Military Tattoo. Plan your trip to Edinburgh now and receive 10% off your stay with the promotional code ‘BLOG10’.