The inspiration behind Harry Potter! 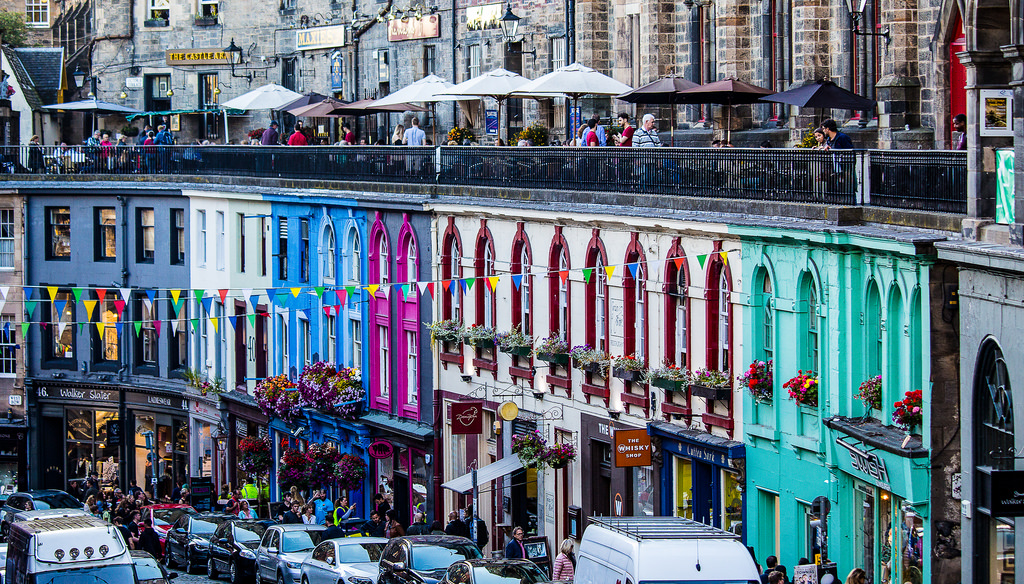 Did you know that J.K Rowling wrote the world famous Harry Potter novels right here in Edinburgh? If you are a huge fan of Harry Potter then you definitely want to come & explore Edinburgh and see where the inspiration for Harry Potter all began!
J.K Rowling famously created her story of the boy wizard while living in the city. Before reaching global fame, she could be found working on her novels in various small cafés within the capital as it was cheaper for her to buy a cup of coffee than to heat her own home while she worked.

So, don’t be a muggle, grab your Ron Weasley or Hermione Granger and take them on a tour of the following…
Victoria Street
Said to be the inspiration for Diagon Alley, this colourful and curved street located in the Old Town is filled with independent boutiques, cafes and restaurants.

The Elephant Café
The first (and most renowned) location to visit in Edinburgh for Harry Potter fans will be the Elephant House Cafe, located at 21 George Street. This is where J. K. Rowling used to sit daily to write the first and second books, as it was cheaper for her to pay for a cup of coffee than to pay her heating bill at home. Needless to say, she finished on very different circumstances.

Greyfriars Kirkyard
From the Elephant Cafe, J. K. Rowling could source much of her inspiration for what she saw out of her window. The first of these sights was nearby cemetery Greyfriars Kirkyard – where Tom Riddle’s grave resides which has now become a sight in itself for hardcore Harry Potter fans to pay respect to the Dark Lord.

Harry Potter Shopping
Museum Context, The Boy Wizard, and Galaxy are filled with everything Harry Potter and lots of fun to be had when exploring them!

If you would prefer to be shown around the sights rather than exploring on your own, various guided walking tours are available with “The Potters Trail” being one of the most popular or why not book a seat on the Harry Potter bus and explore the magical trail on a vintage double-decker London bus.

Book your stay at Angels Share Hotel and let us be your base for your next magical adventure!

EMAIL US
OPENING HOURS:
Hotel:
Open Friday & Saturday
Will re-open fully from the 20th of January