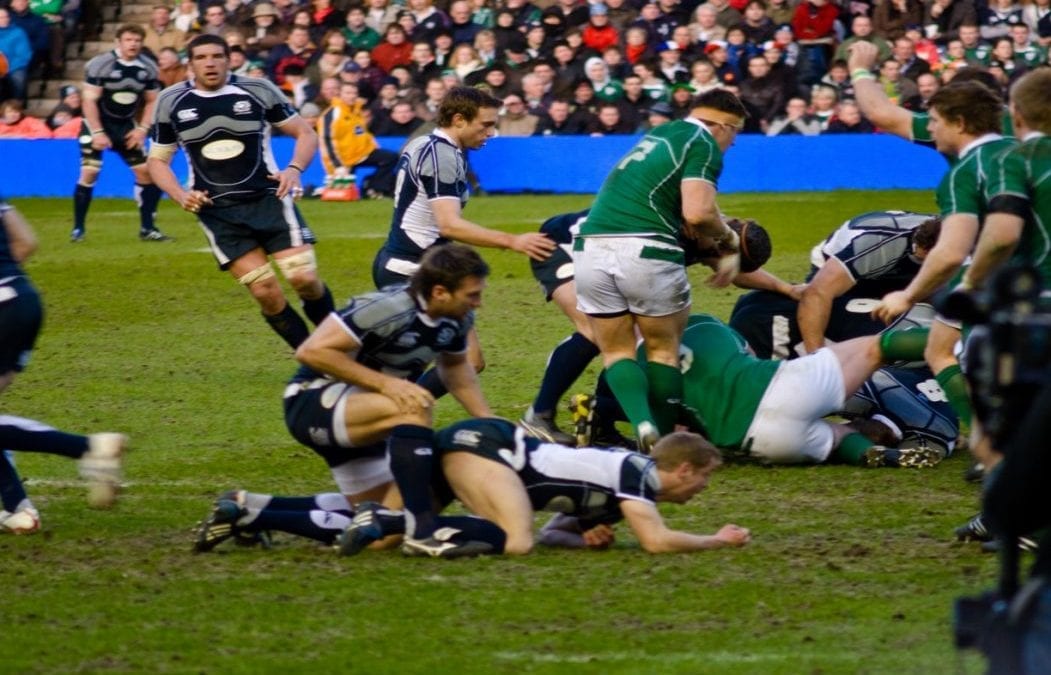 The Guinness Six Nations is one of rugby’s greatest attended event in the world.  The Guinness Six Nations doesn’t just boast the best players in world rugby, but also the title of most watched annual rugby Championship on the planet and in 2019 Edinburgh will host 3 of the matches…  It’s time to start planning your Rugby experience with Angels Share Hotel.

The annual northern hemisphere rugby union championship will be the 20th series of the Six Nations Championship. Defending champions Ireland will contest against France, Italy, England, Scotland and Wales.

Taking place over seven weekends beginning on Friday 1st February 2019 with the open game of France v Wales at the Stade de France it is a fixture that is sure to get the championship off to a great start!

Why not visit Edinburgh for a night or two to cheer on Scotland. Scotland’s home games fixtures for Six Nations 2019 are:

Angels Share Hotel is located in the West End of Princes Street, a quick 10 minute tram ride to BT Murrayfield Stadium.  Book your stay now and enjoy an electric atmosphere in Scotland’s Capital. Book here direct and save 10%

If you can’t join us for stay why not pop into our bar to or from the match for a drink or a meal. Angels Share Bar